While many zoos strive to present their attractions through scientific objectivity, Australia Zoo takes a different approach. Yes, science is important, even paramount, but there's no attempt at objectivity. The people at Australia Zoo absolutely love animals, and they want you to love them, too.

In reality, you're experiencing the animals and their habitats through a personal lens, the infectious enthusiasm of the great Steve Irwin and his family. Animals are named, you can pet kangaroos, you can even cuddle with a koala. Where many zoos seem designed around separation and observation from a distance, the animal enclosures at Australia Zoo are open and sprawling. The point is to forge a personal connection to the animals as individuals, to develop the passion Steve Irwin was known for, and experience the environment not only with your eyes, but with your body and your heart.

When it comes to communications systems, Australia Zoo has some fairly unique requirements and characteristics — a complex and extensive physical environment and a large volume of public visitors. It's vitally important for the public, staff and animals that reliable communications are available at all times. “ We are honored to work with our local partner Mobile Communications who has provided Hytera radio system to improve communication across the zoo,”said Enzo Dellafiori, National Sales Manager of Hytera Australia.

Australia Zoo was keen to upgrade from its outdated communications system, which was a mix of analog and digital technology.

The list of requirements for the new comms system might seem pretty standard, but each individual requirement is absolutely critical for deployment in such a dynamic environment. The list included:

After evaluating a number of options, the Zoo selected a digital solution from Hytera. “We chose the Hytera XPT digital trunking solution using five RD982S repeaters,” said Australia Zoo’s Operations Manager, Brian Dore. “The trunking system accommodates our large quantity of radios using a small number of repeaters while the IP-based radios allow for system monitoring, remote configuration and diagnostics. “We trialled Hytera PD462s with our old system and found them suitable for the application,” he added. “System tests using a loan system from Hytera reinforced the decision.” For portable radios, the PD662 was chosen. The units were trialled prior to purchase and the Zoo found them to be simple, robust and suitable for zoo operation riggers. The MD652 model was chosen for the base/mobile radios, with their low cost and simple operation via the handheld controller microphone making them attractive. The scope of the project was quite large, bearing in mind that the zoo covers 44 hectares (110 acres) and that 210 radios would be needed to accommodate all staff members during the busiest periods. Dore says the new system “easily” covers all of the zoo's environs and, in fact, coverage extends to the Beerwah shopping district a couple of kilometres away.

The deployment required the acquisition of new ACMA private frequency licences; installation of the base/mobile radios in cars and trucks; a new antenna system with multi-coupler; a new control cabinet containing repeaters, a backup battery and associated equipment; and system configuration, IT assistance, training and document provision. “Mobile Communications have done an excellent job with the installation and commissioning of all the equipment,” said Dore, adding that all of the radios and repeaters were programmed and tested at Mobile Communications’ headquarters in Brisbane. The company also took care of training zoo staff in the operation of the new radios. Earthing and IT connections were supplied by Australia Zoo and the existing aerial mast was used. “We could not have any radio down time during the implementation, so the new system was installed and commissioned in parallel with the old system. This negated any issues during testing and commissioning,” said Dore.

The Zoo does not have a dedicated operations room, so the cabinet containing the repeaters was installed in a construction shed, with base and mobile radios stationed at reception and information desks.

There is scope for growth of the comms system should it be needed. The repeater cabinet has room for expansion if required, and Mobile Communications continually monitors usage rates to see how the repeaters are coping with traffic. According to Dore, feedback from the staff has been very good, with users not reporting any communication issues. “Clips, antennas and buttons are heavy duty and fit for purpose,” he added. Finally, an unexpected benefit of moving to the new system has been that the radio channel system has reduced the excess radio communications experienced on the old main zoo channel, making the office environment much quieter. 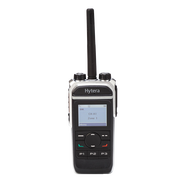 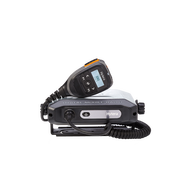